A palace for the Emperor Napoléon Ier

From September, 15th to January, 3rd , the château de Fontainebleau presents, through more than two hundred artworks, a little-known face of the "maison des siècles, la vraie demeure des rois" and a fundamental period of the château's history.

Exhibition at the château de Fontainebleau

Under the First Empire (1804-1815), Fontainebleau knew a particularly sumptuous period thanks to the new breath given to the palace, without posting and emptied of its furniture after the Revolution, and also thanks to the brilliant life which unfolded there. It is a second renaissance that is taking place. During the stays of Napoléon I (1804, 1807, 1809, 1810), rich in political and family events, the Emperor’s deep attachment to the palace was confirmed. By having the old house of the kings of France restored at great expense, under the leadership of the architects Charles Percier and Pierre-François-Léonard Fontaine, the Emperor showed the eminent place he wished to give back to Fontainebleau among the other imperial residences, such as the Tuileries, Saint Cloud, Compiègne, Rambouillet… The roofs and the interior decorations have been restored, the apartments abundantly furnished, the theater renovated, the Louis XV wing fitted out for the princes, and the gardens renewed in the style of the era. Despite this uninterrupted activity, his work as a restorer, outstandingly respectful of the château, remains difficult to define, especially as successive regimes, in particular the Restoration, have erased some of his contributions.

The aim of the exhibition is to showcase Napoléon’s work at Fontainebleau and to analyze the way in which the Emperor invested the château. Through more than two hundred works from the Bellifontain collection (collections, libraries and archives), but also from French and foreign public collections, the sumptuousness of Joséphine’s fittings, the luxury of the furniture intended for the palace, the extraordinary library of the Emperor or the transformation of the François Ier gallery and the major projects abandoned after the fall of the regime.

Entrance ticket to the château and the exhibition  : 13 €.

This exhibition is organized by the Château de Fontainebleau with the support of the Rmn – Grand Palais. 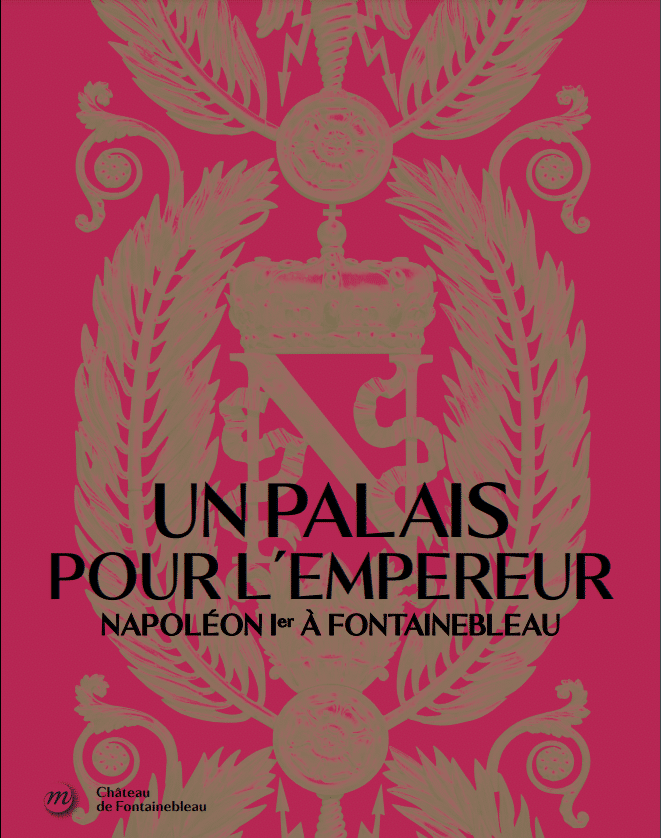 Reflecting the exhibition, the catalog takes stock of all facets of Napoleon’s artistic patronage in favor of Fontainebleau : architecture, painting, sculpture, decorative arts, libraries, gardens. It is the result  of long researches, and it benefits from the contributions of the best specialists from Fontainebleau and the Empire. It presents a majority of unpublished works revealed and restored during the exhibition, often from the collections of the château itself: architectural drawings, furniture still in reserve, or precious books.

Catalog published by the Rmn – Grand Palais
Format: 22 x 28 cm 240 pages, 220 illustrations
Price: 39 €
This work benefits from the support of the Fondation Napoléon.

Following the recent government announcements, a valid health pass is necessary to enter the chateau for all visitors 12 years old and older. The gardens and courtyards are accessible without green pass or valid health pass. Visitors 11 years old and older must wear a mask. The Chateau of Fontainebleau looks forward to welcoming you for your visit while respecting the health measures put into place (except the Chinese Museum, closed until further notice).