After the fall of the French Empire in 1815, successive restoration campaigns created inventive galleries in the Grands Appartements of the Château de Fontainebleau. Paying homage to the artistic tradition of Fontainebleau and the castle’s rich history, these rooms bear witness to the desire of the 19th century sovereigns to firmly establish and legitimise their power in the castle’s long history. 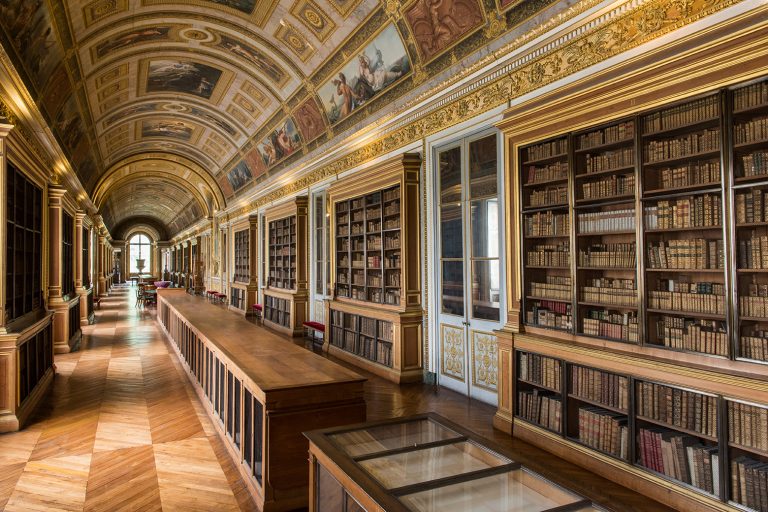 Originally called the ‘Queen’s Gallery’ because it is located in the sovereign’s apartment, the ‘Diana Gallery’ is the longest room in the castle (80 metres long by 6 metres wide). Housed on the first floor of a building created during the reign of Henry IV, it is named after the goddess of hunting. Its initial décor of oil on plaster, lavishly designed by Ambroise Dubois and Jean Dhoey around 1605, drew the admiration of its contemporaries.

Napoleon I found Henri IV’s masterpiece in very poor condition and, in 1810, undertook the rebuilding of the gallery, where water was pouring in from all sides. After the fall of the French Empire, the Bourbon Restoration continued working on it until it was completed in 1826, with paintings by Abel de Pujol and Merry Joseph Blondel replacing the 17th century décor. As a tribute to his uncle, who had been behind the reconstruction of the gallery, Emperor Napoleon III had the globe from the Tuileries, which once belonged to Napoleon I, installed there and transformed the gallery into a library containing 16,000 works that had belonged to his uncle. The latest in a long series of Bellifontaine libraries since the Middle Ages, it is now a temple of knowledge and encyclopaedism. Notably, Champollion-Figeac, the elder brother of the Egyptologist, was the librarian during the reign of Napoleon III.

The Plate Gallery was created during the reign of Louis-Philippe I in 1840, where an old terrace once stood. A tribute to the artistic and historical heritage of the Château, its ceiling is adorned with 21 fragments of the oil on plaster paintings from the vault of the former Diane Gallery, created by Ambroise Dubois. 128 Sèvres porcelain plates are set in Renaissance Revival style wood panelling, presenting some of the key events that occurred during the reigns of the greatest sovereigns, as well as different views of the Château and the Forest of Fontainebleau. 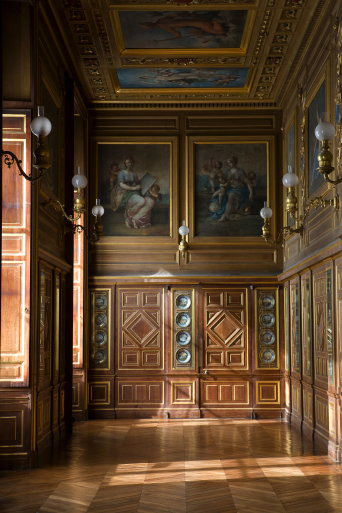 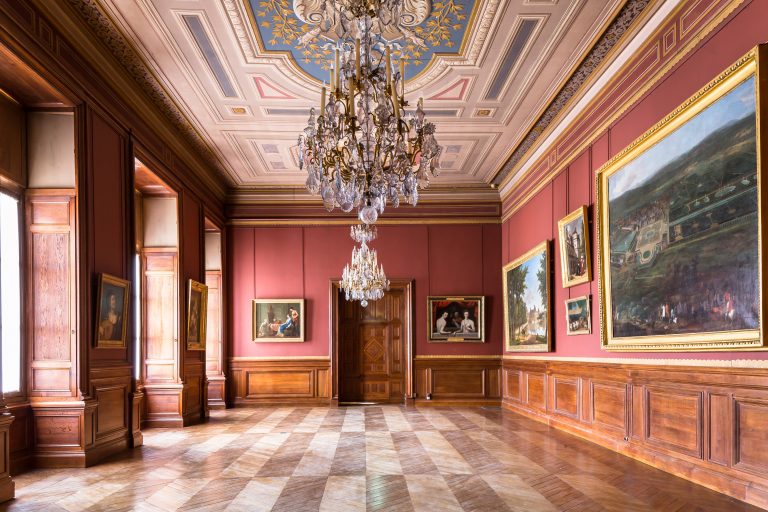 The Gallery of Splendours

If the term ‘gallery’ corresponds to a room providing a link between two spaces, in this case the Plate Gallery and the Pope’s apartment, the term ‘splendour’ refers to Napoleon III’s desire to bring together, in this new space opening onto the Grands Appartements, a collection of paintings that would evoke the most important historical events in the history of the Château. He wanted to create a sort of museum dedicated to Fontainebleau’s greatest hours, from the Renaissance to Napoleon I, at the end of the stucco staircase, beneath his own number on the ceiling.