Accueil>Thomas Hengelbrock and the musical ensemble Balthasar Neumann : Christmas at the château
Event

Thomas Hengelbrock and the musical ensemble Balthasar Neumann : Christmas at the château

From December, 10th to 12th, the famous conductor Thomas Hengelbrock and the musical ensemble Balthasar Neumann come back to the château to interpret Christmas song.

The Château de Fontainebleau’s ambition is for the arts to resume within it the place they occupied throughout its history during the stays of the court, in order to reconnect with its centuries-old tradition as a center of artistic creation, in a new and contemporary form.

Giving free rein to the arts and creation, making them dialogue with the rich history of Fontainebleau through a varied artistic program, such is the ambition carried by the residence that the château has decided to entrust to the german conductor Thomas Hengelbrock and the Balthasar Neumann ensemble and choir for three years. This internationally renowned residence has an important educational dimension.

The residency is part of a dynamic of artistic and cultural education that addresses a wide variety of audiences, embodied in particular through the partnership that has been forged with the association “Orchestra at the School” and with the Conservatory of Fontainebleau.

A continent of music

If we were to try to visualize all the songs that are traditionally heard during Advent and at Christmas, the result might be a map with countless brightly lit dots like a night sky filled with stars. This concert features Christmas carols from the most disparate corners of Europe and seeks to add its voice to this rich and varied chorus, in the process allowing listeners to feel a sense of amazement at the whole range of Christmas songs and to delight in the beauty of the different traditions and common roots that are on display here.

Christians regard Advent as a time of expectation, a time of joyful anticipation when they can look forward to the birth of the Infant Jesus and pin their hopes on a better and more peaceful world. The specific significance of Advent may be gleaned from a letter that the theologian and resistance fighter Dietrich Bonhoeffer wrote from his prison cell to his fiancée Maria von Wedemeyer in 1943: “By the time you receive this letter, I expect it will already be Advent, a time especially dear to me. Do you know, a prison cell like this is not a bad analogy for Advent: one keeps vigil, hopes, does this or that – ultimately things that are unimportant – and is entirely dependent on the fact that the door that might lead to our freedom can be opened only from the outside.” The hymn Veni, veni, Emanuel resonates with this mood. The melody shifts between major and minor and creates a feeling of anxious hope that time and again turns to joyful certainty in the refrain with its exhortation of “Gaude!” (Rejoice!).

This Advent hymn is also a fine example of the way in which various traditions from a whole range of different countries and centuries may be combined, as they are in the present release. The origins of this text stretch back to the twelfth century, whereas the memorable melody comes from a manuscript drawn up by French nuns in the fifteenth century and containing burial songs. However, it was not until the nineteenth century that the English choral conductor Thomas Helmore brought the words and music together. The harmonization heard in the present release is the work of the contemporary Swedish composer Jan-Åke Hillerud.

Russian Orthodox services are made up entirely of singing. Throughout the hour-long liturgy not a single word is spoken. Nor are musical instruments permitted. It is simply the sound of human voices that fills the church interior. According to Orthodox belief, there is a choir of angels permanently singing God’s praises before His throne, and humans can add their voices to this endless flood of singing by joining in at least for the duration of the service. The Cherubic Hymn by Pavel Chesnokov is an example of this mystical music of the soul. The unfolding voices initially float in an otherworldly calm before the basses enter, rising up from the depths and creating a vast and almost infinite-seeming musical space. The setting ends with the words “Let us set aside the cares of life that we may receive the King of all”. When the choir reaches this radiant climax and performs it with total seriousness, something can happen that perhaps music alone is capable of achieving and we are briefly vouchsafed with a vision of the invisible angelic host.

Nesem vám noviny is another carol from eastern Europe, in this case the region around Olomouc in what is now the Czech Republic. Even after only a few notes German listeners will recognize the melody of Kommet, ihr Hirten (Come, All Ye Shepherds), a carol popular in many European countries. It owes that popularity to the Leipzig Kapellmeister and composer Carl Riedel, who in around 1868 added new German words to the original Moravian tune and published a four-part arrangement for his choral society, the Riedel Verein. Riedel had initially worked as a silk dyer before turning to music and founding his amateur choir, which soon became famous all over Europe. Among its many appearances was the ceremony accompanying the laying of the foundation stone of the Bayreuth Festspielhaus in 1872, an occasion marked by a performance of Beethoven’s Ninth Symphony. Its two hundred or so members came from all walks of life both professionally and socially. A report on the choir dating from 1869 noted that “There is no social exclusivity here but, rather, a sense of true democracy within the realm of art”.

Christmas carols always have some connection with the regions in which they originated and with the people who live there. In Mediterranean carols, for example, the Christ Child is frequently offered figs and raisins, and the traditional ox and donkey may sometimes be joined by a camel. In English language carols such as the heartfelt In the Bleak Mid Winter, by contrast, we often find frozen, silent and snow-covered landscapes. The warm-toned sonorities and fervour that are so typical of these carols are in stark contrast to the wintery landscapes that they describe, a point well illustrated by It Came Upon the Midnight Clear, which in spite of its occasionally sombre words strikes a note that is somehow resplendent and even defiantly hopeful. The remarkable text of this carol was written by the American clergyman Edmund H. Sears in 1849 and explores with merciless rigour the glaring discrepancy between the “peace on the earth” that the angels proclaim through their singing and the dark state of a world that suffers from “the woes of sin and strife”. It was the bloody revolutions in Europe and the Mexican War of 1846–48 that the author had before his mind’s eye. These contemporary concerns persuaded him to drive home the point that the old message of peace makes sense only when not just the angels but the whole of the world sings songs about peace.

Let us add our own voices to this chorus and do so with all our hearts.

Friday 10th and Saturday 11th at 7:30 p.m. (Access via the castle’s main gate, then via the Galerie des Fleurs from the Cour de la Fontaine)

Sunday, December 12th at 3 p.m. (Access via the reception areas of the castle) Chapel of the Trinity

Price: € 26, € 15 reduced price.
This price gives access to the concert, the tour of the castle and the temporary exhibitions on the day of the concert, before 4:15 p.m. 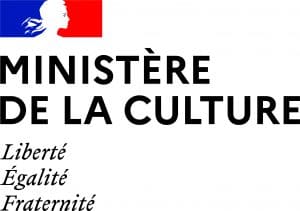