Salon for the Empress’ Ladies in Waiting 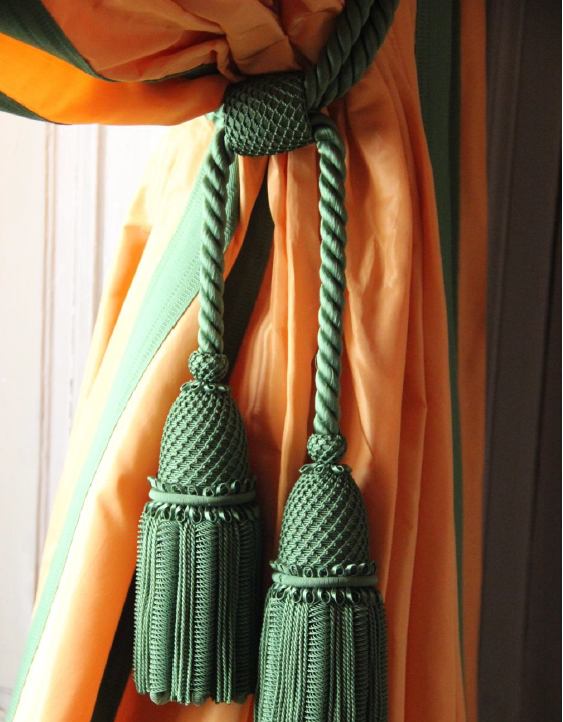 The waiting room for the Empress' ladies in waiting is on the ground floor of the château, in the middle of the Empress' adjoining Small Apartments – cosy living spaces with a less restrictive etiquette. These spaces were furnished for Josephine at the request of Napoleon from 1807 onwards. This room serves as a boudoir between the Yellow Salon and the Empress' bathroom. Her ladies in waiting could meet there while waiting to take up their service.

The quality of this room’s objects and furniture is brought out by the playful light that make the satins, golden woods and bronzes of the room seem alive. Fabrics play a major role as they do in in many of the designs made by the Empress The two windows and the back wall (opening of the alcove) were lined with crossed curtains – one in white taffeta, the other in orange. Both have a green silk trim that match the damask of the seats.

Almost all of the furniture in the living room has now been restored thanks to the C2RMF. The most striking aspect is the First Empire trim. Three sets of curtains were returned thanks to the patronage of the Heritage Foundation, the Seine-et-Marne Sponsors' Club and the generosity of many donors who took part in a fundraising campaign.

Head of Works
Vincent COCHET, Chief of Conservation and Preservation of Collections 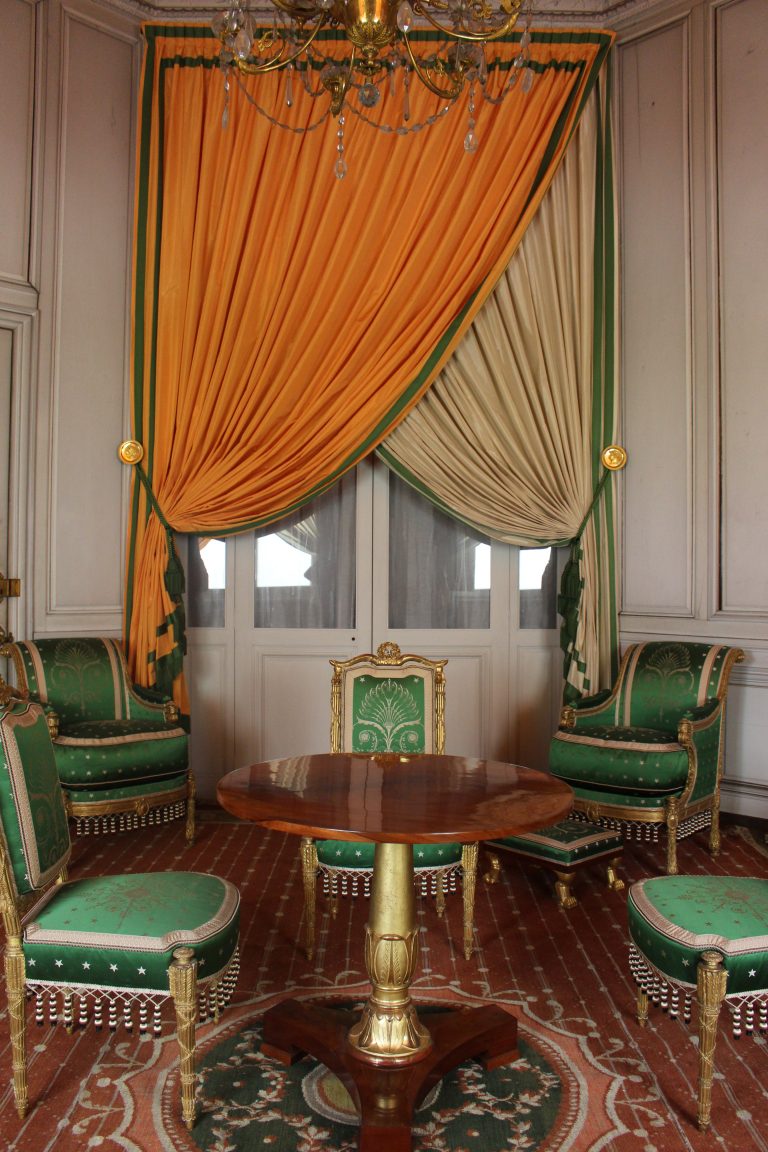