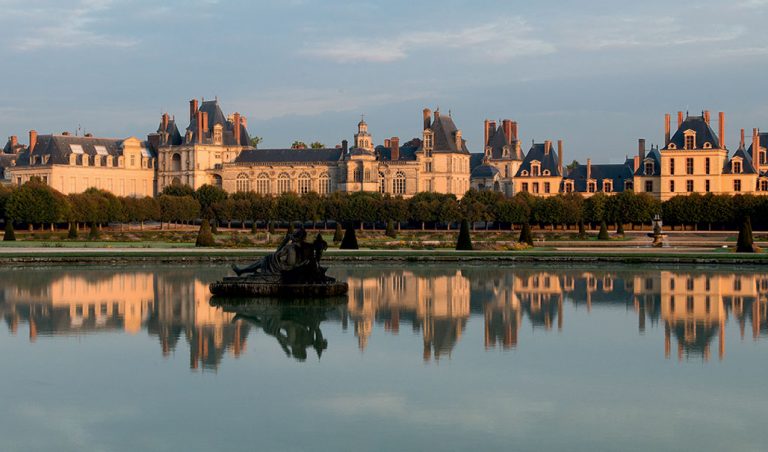 The château de Fontainebleau is one of the most important historic palaces in France and the only example of a royal residence that was continually inhabited by monarchs for eight centuries, from the medieval period to the Second Empire. At Fontainebleau, like nowhere else, there are layers of history where each era has left its imprint. The château de Fontainebleau, became a national museum in 1927, was inscribed on the UNESCO World Heritage List in 1981 and classified in its entirety as a historic monument in 2009. Today it covers an area of 130 hectares while the château itself has a total floor area of 45,000 m², spread over eleven levels. It has numerous and extensive outbuildings (Quartier Henri IV, Quartier des Héronnières, Quartier de la République, Vieux Gouvernement) which housed the services which kept the Court running smoothly. It also has world class gardens, renowned for their rare species and variety of pools, fountains and water features, still largely undiscovered by the public. It was at Fontainebleau that the first Grand Canal in France was created (1606-1609) and the largest Parterre in Europe (1660-1664). The château and its park are surrounded by Fontainebleau Forest.

The development potential at the château de Fontainebleau was deemed sufficiently important for aPublic Administrative Establishment to be created in 2009. Its two principal missions are to:

Since its creation, the Château de Fontainebleau public institution has launched a consultation to set out a conservation, promotion and development plan with a view to making the estate (château, outbuildings, park and gardens) more accessible to a wider audience.

To determine the development potential of the château de Fontainebleau, the Establishment has two guidance documents approved by the Ministry of Culture:a scientific and cultural project and a renovation masterplan that were supplemented with a positioning study.

The scientific and cultural project

Approved in June 2013, the scientific and cultural project of the château de Fontainebleau sets out the broad guidelines to be followed to preserve the château and its collections and to promote them among the public.

In 2015, the Ministry of Culture and Communication gave the château a renovation masterplan, a multiannual investment programme which is aimed at:

Organisational chart of the Establishment

Organisational chart of the Establishment as of 31 December 2019

Composition of the Board of Directors as of 31 December 2019

Chairman of the Board of Directors

Members of the Body of General Curators and Heritage Curators

President of the Seine-et-Marne Departmental Council

Members in an advisory capacity

Composition of the Scientific Council as of 31 December 2019

The Director of Heritage and Collections

The Museum and Estate Curators

Heads of cultural action and documentation departments for the Establishment