The Residence of Kings

The Château de Fontainebleau was one of the favourite residences of the French kings and emperors. They moulded it in accordance with their own tastes over the course of eight centuries. The facets of today’s immense palace are as numerous as the rulers who inhabited it. 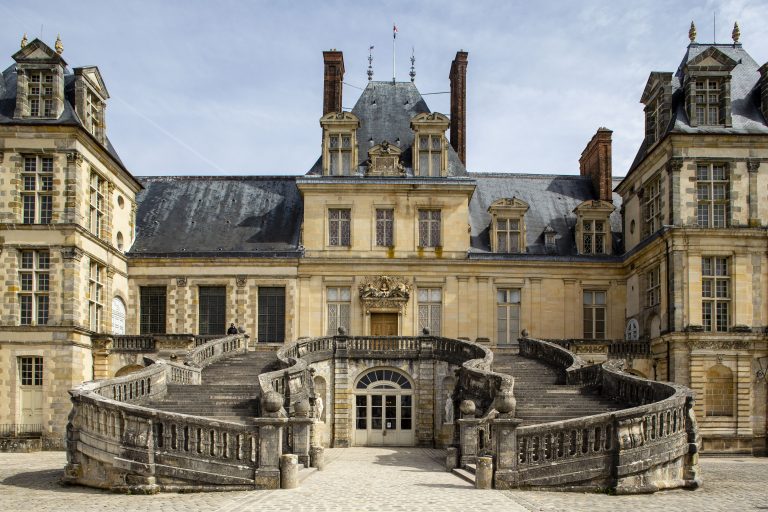 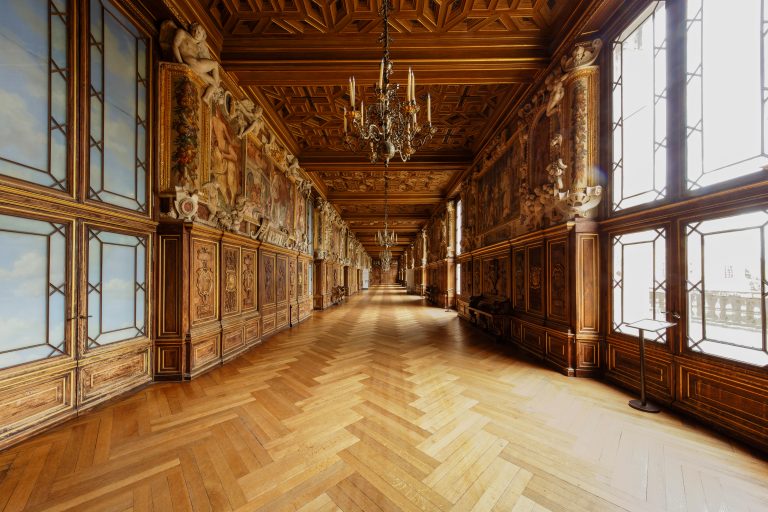 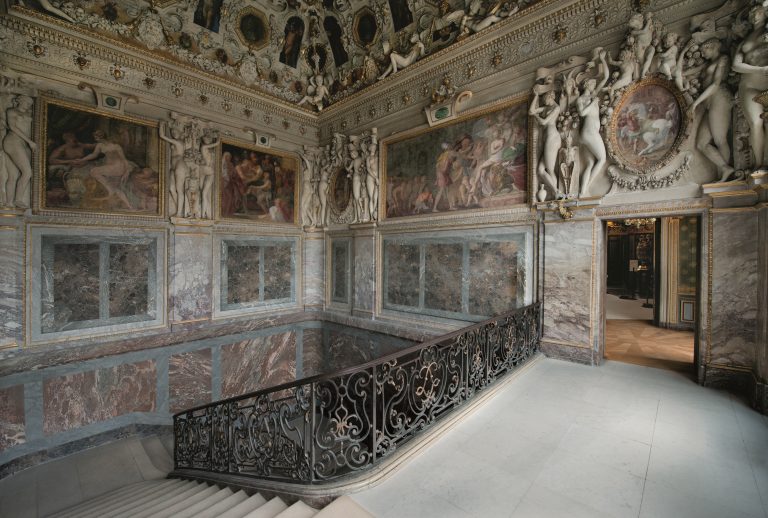 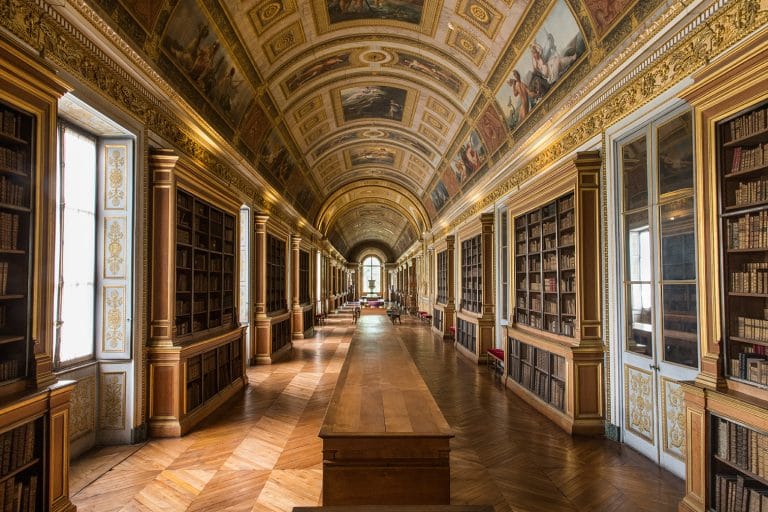 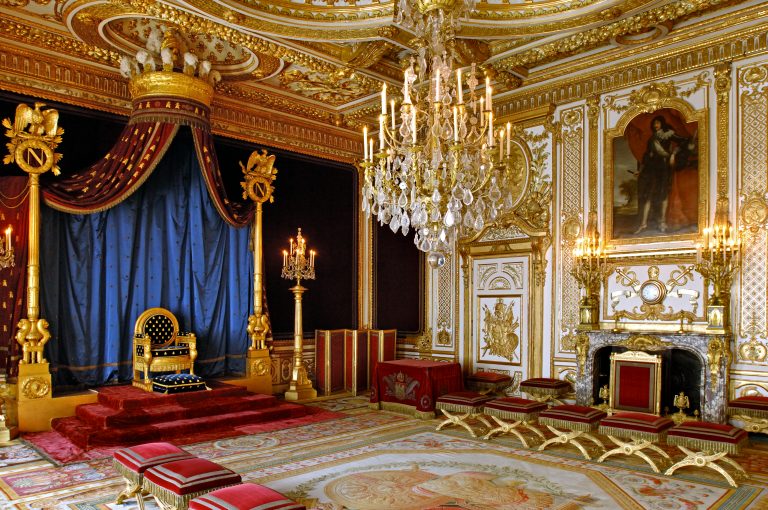 As you cross the iron gate dominated by its imperial eagles, you come across the Cour d’Honneur (Court of Honour) and an architectural diversity that is so intrinsic to Fontainebleau. It is bordered to the North by the Ministers Wing dating from the Renaissance, easily recognisable by the F for François I, and to the south by the Louis XV Wing built in the 18th century. The background is overshadowed by a 16th century building that was modified several times and features a grandiose horseshoe staircase built in the reign of Louis XII. It was there in 1814 that Napoleon I gave his famous ‘Farewell to the Old Guard’.

This wing houses the Chapel of the Trinity. Several royal weddings were celebrated under the vaulted ceiling painted by Henri V’s painter Martin Fréminet, such as that of Louis XV and Marie Leczynska in 1725. It was in this same chapel that the future Napoleon III was baptised in the arms of his uncle in 1810.

To link the chapel to his apartments, François I built a spectacular gallery whose panelling, stuccoes and frescoes by Italians Rosso and Primaticcio form a decor which left a lasting impression on European artistry and created the ‘School of Fontainebleau’. Just a little further on leads to the Ballroom between the courtyard and the gardens – a place of merriment and a feast for the eyes in the form of Nicolo dell’Abate’s lavish paintings made at the request of Henry II and Catherine de Medici. In inviting the Italian artists they were so fond of, the patronage of kings made the Château de Fontainebleau an epicentre of the Renaissance and Humanism.

Fontainebleau’s décor is testament to centuries of changing tastes and customs. The majestic sensual elegance of the large Renaissance stuccoed female nudes on the King’s Staircase (commissioned by Louis XV) is a reminder that this used to be the location of the bedroom belonging to the Duchess d’Étampes, mistress of François I. The Saint Louis Rooms located in the keep are reminiscent of the castle’s medieval past. The nearby ‘oval office’ was designed by the Flemish painter Ambroise Dubois at the request of Henri IV and was the scene of Louis XIII’s birth.

Moving further on, you come across the Galerie de Diane (Diana Gallery) that was transformed into a library under Napoleon III. You then enter the sumptuous Empress Room which has been occupied by every ruler from Marie de Medici to Empress Eugenie. The splendid bed is crowned by the figure of cupid with his finger pressed to his lips. It was originally intended for Marie-Antoinette, but it was Josephine, the wife of Napoleon I who used it. The Queen or Empress could go directly from her room to her private apartments in order to take a break from the stuffy confines of court etiquette in a more cosy setting. The Boudoir d’Argent (Silver Boudoir) created by Marie-Antoinette is an example of an extremely refined décor.

The doors open into the King’s bedroom which the courtiers accessed by passing through the antechambers and study. Napoleon I transformed it into a throne room – the only surviving example in France today.

At Fontainebleau, rulers preserved the heritage of past centuries while adapting the place for their own means. This is the fusion that Napoleon I describes in his memoirs as “ the true residence of Kings “.