Accueil>Explore the Castle and Gardens>Fontainebleau: 800 years of history>150 Years of Republic

““I would like all French people to make the pilgrimage to Fontainebleau. There, they would learn to respect, admire and love the old France that gave birth to these wonders”. In 1889, in the middle of the 3rd Republic, Anatole France praised the palace “ whose memories mark the continuity of the French spirit through all the regimes “. Becoming a National Palace at the fall of the Second Empire, Fontainebleau was the venue for the President of the 3rd Republic’s autumn stays. It was not until 1927 that the National Palace became a Museum Castle in charge of preserving its ample history ‘for eternity’. Two world wars, a painful split from the colonies, the Cold War, and the hope of constructing a new Europe would, however, write the last chapters in the great history of the François Ist’s palace. And just as its last heads of state were General Du Gaulle and François Mitterrand, its traditional school of arts remained alive. The last pupils of the ‘School of Fontainebleau’ were: Pablo Picasso, André Malraux, Astor Piazzolla and Leonard Bernstein. The castle remained a source of inspiration above all else. Perhaps the secret source of the ‘Belle Eau Fontaine’ that has watched over the destiny of this monument from its medieval origins… 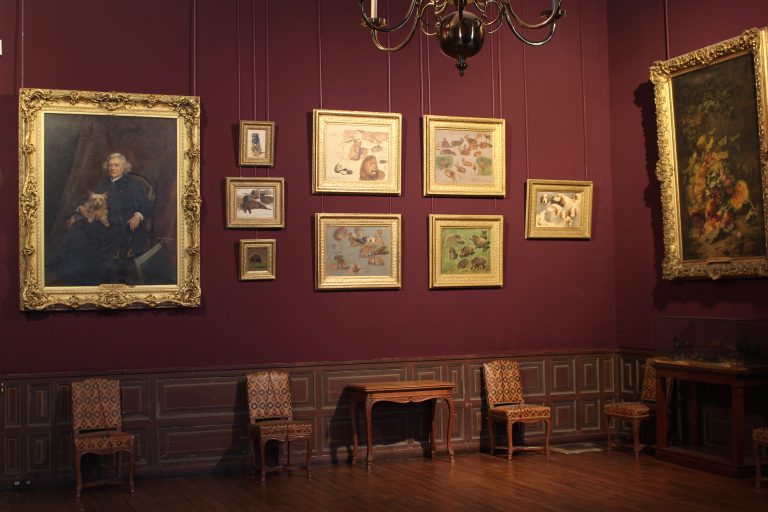 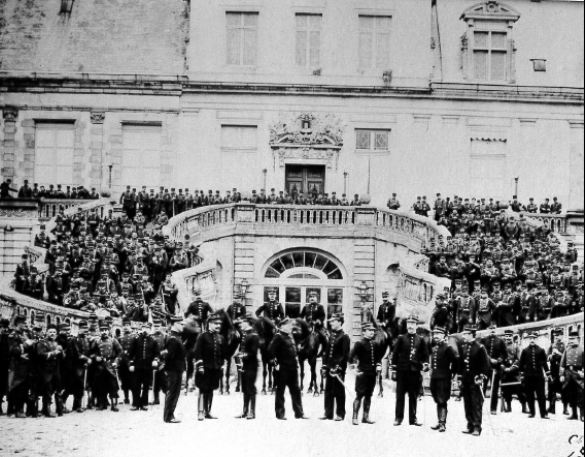 At the onset of the 3rd Republic, the old Imperial Palace became a National Palace. In 1888, the next tenant was the President of the Republic Sadi Carnot who had to spend nearly every autumn of his holidays at Fontainebleau. The old way of doing things was replaced with Republican protocol to oversee the running of each visit and the arranging the apartments. Continuing on from the types of stays that happened under the Second Empire, they occupied in the Louis XV wing, refurbished in Empire style for Madame and Monsieur.

Artists also remained faithful to the ‘castle of François Ist ‘, which continued to fulfil its destiny as a ‘ capital of fine arts ‘. Between May and October 1921. Picasso spent a prolific time at Fontainebleau. The Three Women At The Fontaine ushered in the painter’s neo-classical period that was loosely inspired by the famous theme of the Fontainebleau Nymphe. This had also been brilliantly interpreted by Rossa and Cellini during the 16th century. Picasso also explored late cubism in his painting The Three Musicians…

That same summer of 1921, music was also heard at the castle! The first session of the American Conservatory of Fontainebleau was held at the castle and it counted Aaron Coupland among its ranks. The Ministry of Public Education and Fine Arts established this unusual ‘school of higher musical studies’ in the Louis XV wing. Initially led by Charles-Marie Widor and Francis Casadesus, it introduced American students to the best exclusively French musical education. Taking place every summer since 1921, its prestige was established with the teachings of Nadia Boulanger and counted among its allumni, renowned students auch as Astor Piazzolla, Quincy Jones, Philipp Glass and Leonard Bernstein. In 1923 the conservatory was completed with the addition of a School of Fine Arts offering painting, nude, architecture and fresco workshops in the Renaissance setting of the Belle-Cheminée wing, restored thanks to Rockefeller's patronage. 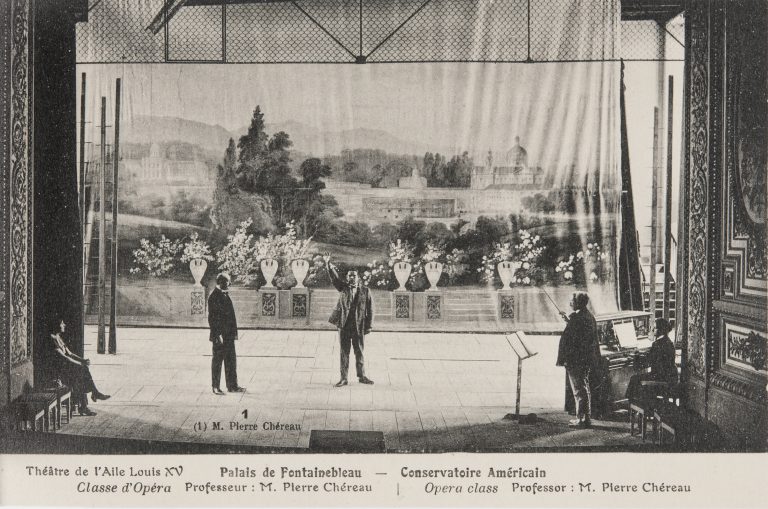 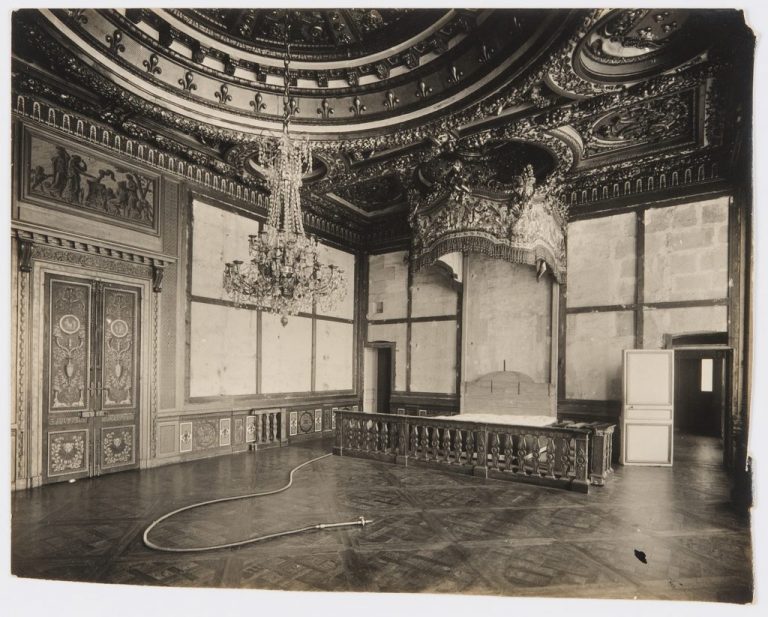 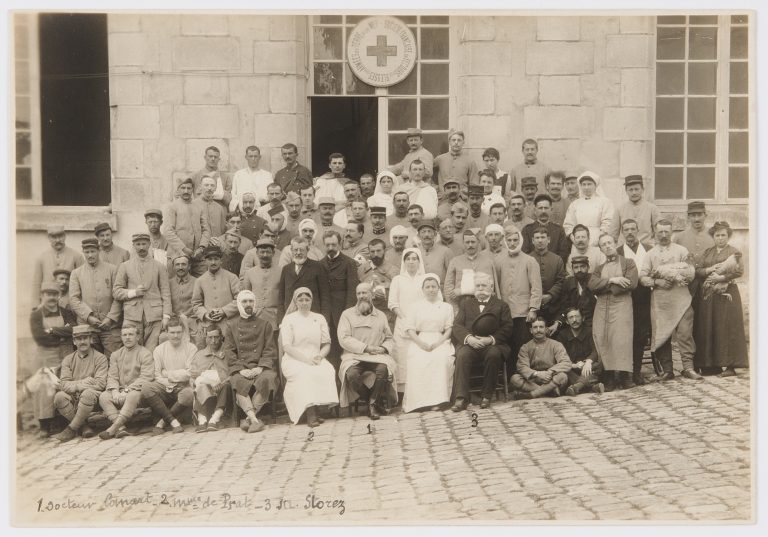 The castle survived two world wars. With the Germans approaching in 1914, it emptied out of a large part of its furniture before becoming a military hospital in 1915 and treating more than a thousand French and sometimes German wounded. The Jeu de Paume was then set up as a mecanotherapy room for rehabilitation of the wounded. During the Second World War it was the headquarters of a local command of German occupying forces. In 1940 and 1941, the architect Albert Bray appointed himself a caretaker of the monument by fighting to ensure that the occupants did not catch carp from the pond or damage the décor during the sumptuous receptions organised in the ballroom or the Napoleon III Theatre.

The castle also witnessed the beginnings of decolonisation. Between 6th July to 10th September 1946, the Franco-Vietnamese summit was held within its walls, mainly in the Hall of Columns. Hô Chi Minh was given all the treatment that befits a statesman. There were enough disagreements between the two camps to come to the conclusion that the "Fontainebleau Conference" was a failure – the Indochina war broke out at the end of 1946.

The Cold War also made its mark: in April 1949 the creation of NATO sealed a military pact between the United States and the countries of Western Europe, and resulted in the creation of an important military structure at Fontainebleau: General Alphonse Juin installed his general staff in the courtyard of the castle's Offices. General Lauris Norstad left his mark in a brand new neighbourhood at the edge of Avon: Camp Guynemer.

The rebuilt Europe finally gained a place in the history books of the castle on 25th and 26th June 1984: the Council of ten heads of state united by the European Economic Community envisaged the idea of a Europe of citizens. From François Ist who received Charles V in 1539 to François Mitterrand who invited his fellow leaders to build a new form of union throughout the continent, history and political strategy have always been at the front and centre. ​

A Museum For The Future

The Fontainebleau Museum Castle was legally created in 1927 with the aim of conserving its remains and fragments of history "for eternity". Opened to the public with the careful help of a "brigade", the entrance was first to be found at the horseshoe staircase until the inauguration of the Napoleon I Museum in 1986 which gave visitors access to a new entrance through the Louis XV wing.
The Museum Castle benefited from two major restoration and modernization programs – the Malraux framework legislation from 1964 and 1968 above all else. General De Gaulle's Minister of Cultural Affairs, André Malraux, made Fontainebleau one of his ministry's flagship sites. Repairs were made to the roofs, the façades were restored and central heating and electricity were installed in 1964. The great Renaissance decor, such as the Francis I Gallery or the ballroom, were restored to their originals from the wax repaints of the 19th , in a quest for the authentic sheer splendour of the Renaissance.

Since 2015, an investment from the Ministry of Culture has matched this framework legislation – The blueprint has got the "endless construction site" of a castle up and running in the eternal fight against decay. Planned to last 12 years, its objective is to secure, enhance and enrich the ‘House of the Centuries’ in order to extend its pathway into the centuries to come and create a new history… 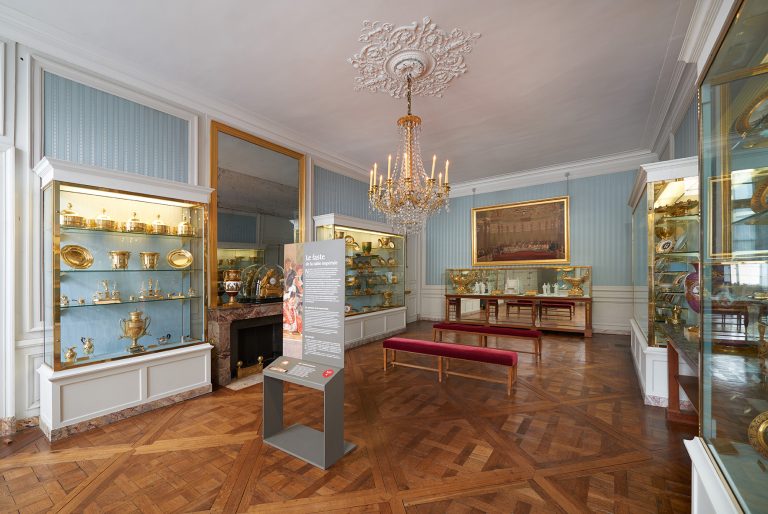 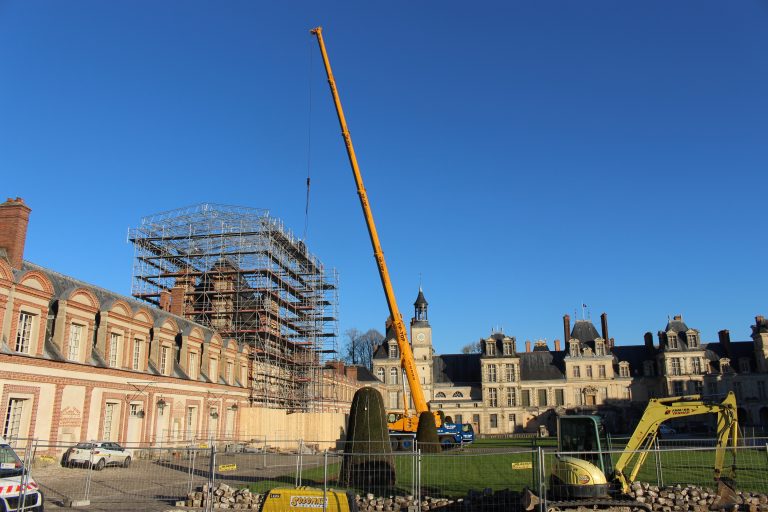