The palace of Napoleon I

It fell to Napoleon Bonaparte, when he became Emperor Napoleon I, to restore the palace after the French Revolution. He too had fallen under the charm of the “true home of kings, the house of ages” and in 1804 he set about refurbishing this “ruin” so it could welcome Pope Pius VII, who had come from Rome to crown him Emperor of the French. After several visits, Napoleon became infatuated with this “second country residence”, whose successive refurbishments became ever more sumptuous as the Emperor tried to gain control of Europe. In 1808 he built a throne room in the heart of a palace that bestowed historic legitimacy to his nascent power, making Fontainebleau the place to visit for both merrymaking and strategic political decisions for the future of his Empire. If Fontainebleau had been the château filled with the hopes of the young ruler climbing the steps to his coronation in 1804, it was, towards the end of his reign, where he was deposed and the Empire collapsed. In 1814, defeated by the coalition formed by his opponents, the château was his final refuge where he signed his abdication and prepared to depart for Elba. If we only remembered one image of the reign of Napoleon I, would it not be that of his famous Farewell to his Old Guard, at the foot of the Horseshoe staircase?

In May 1804, the First Consul Napoleon Bonaparte was enthusiastically declared Emperor of the French by the Senate. On 28 June 1804, the Emperor, who was then thirty-five, came to visit the château for the second time accompanied by the architect Pierre-François-Léonard Fontaine to whom he gave instructions to transform it into a second country residence (after Saint-Cloud). The palace was in a totally dilapidated state at the time. The Revolution had stripped it of its windows, its mirrors and lead roofing. Inside, the château had been emptied of its furniture. All that remained were two consoles in the Council Chamber, as well as the canopy crown and the headboard of the queen’s bed … 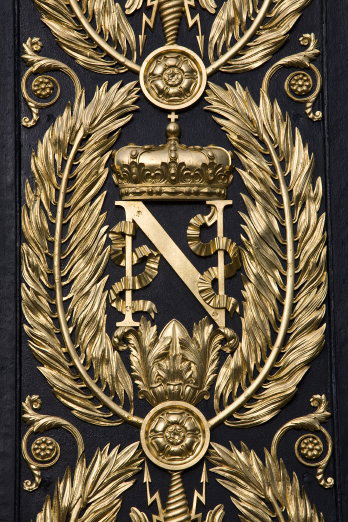 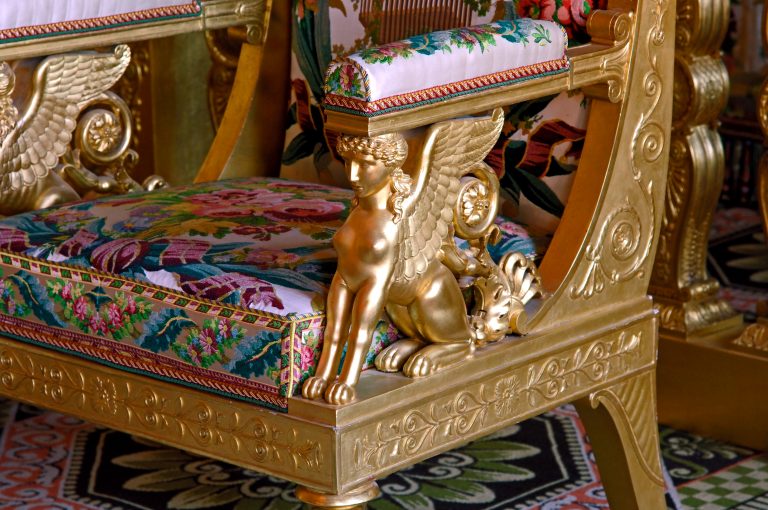 "We will make something of this ruin", decreed the Emperor. The coronation of Napoleon I having taken place on 2 December in Notre-Dame, it was decided to refurbish Fontainebleau as quickly as possible and return it to its former glory as a home so Pope Pius VII could stay there. In June, vast amounts of lanterns, wall sconces and torches were bought and History was once again ablaze with light in the château of Francis I. Nineteen days was all it took to convey all the new furniture from Paris to Fontainebleau and refurbish 40 state apartments and 200 suites. While modern furniture was delivered by the famous Jacob-Desmalter furniture workshop, it was also important to keep the impression of Ancien Régime splendour: in Empress Josephine’s bedchamber, Marie Antoinette's old bed – that the queen had never seen – was reinstalled for the new monarch.

On 25 November 1804, Napoleon I welcomed Pope Pius VII on his way from Rome, in a palace returned to its former glory. On the 27th, the two monarchs repeated the coronation ceremony at the château, before leaving for Paris on the 28th. On his way to the top, Napoleon had made Fontainebleau the site of his coronation. He soon became enamoured with this "rightful house" of the old kings…

As the restorer of Fontainebleau, Napoleon I completely refurbished the palace, with his throne there ensured a place in the long history of France. The Francis I Gallery, which became the Emperor's Gallery, was decorated with busts of ancient or contemporary illustrious political leaders (from Alexander the Great to Georges Washington), and its terrace was carefully restored to how it was in the 16th century.

The Queen’s Garden, which became the Diana Garden, and the old Pine tree garden, were redesigned according to a fashionable English layout. Only the western wing of the White Horse Courtyard was demolished in 1808 and replaced by the Gate of Honour. The other buildings were changed very little, the Emperor seeking to legitimise his throne through the historic nature of the palace. 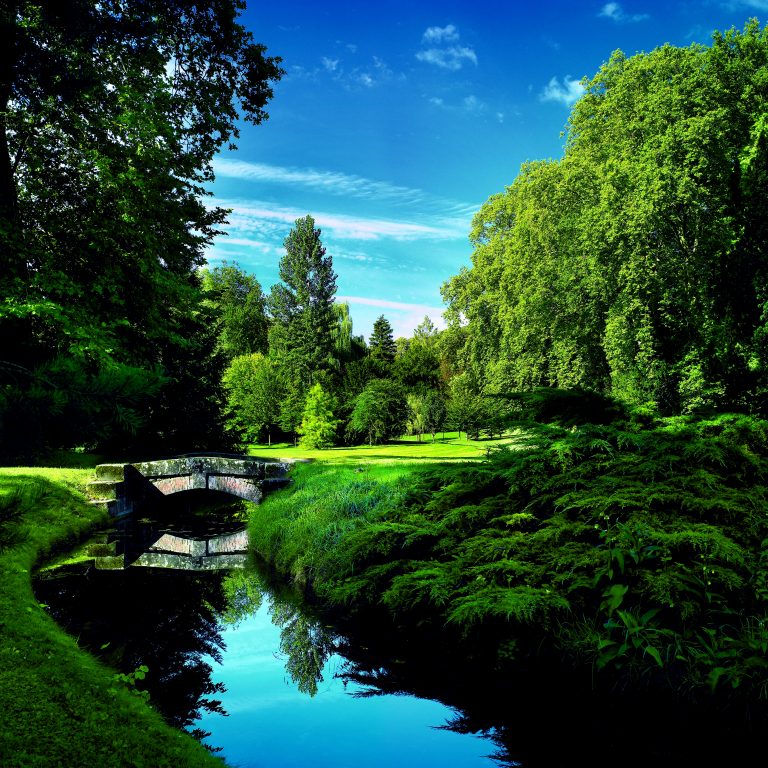 Like the kings of the Ancien Régime, Napoleon had installed his state apartment on the first floor of the palace. However, with scant taste for pomp and splendour, he disliked the décor of the overbearing royal bedchamber, which was transformed into one of the few throne rooms of the Empire in 1808. Napoleon preferred his apartment to be housed in Louis XVI's inner apartment, more adapted to the modern bourgeois life, to which he aspired.

The château being restored to its former glory, the splendour of Napoleon I's visits only increased. From 21 September to 16 November 1807, a thousand people stayed in the château and four thousand in the city. On 28 September an imperial decree was signed there setting up the Cour des Comptes. On 10 October a treaty was ratified setting the boundaries between Austria and Italy. On 27 October a secret alliance was formed with Spain, with a view to breaking up Portugal. 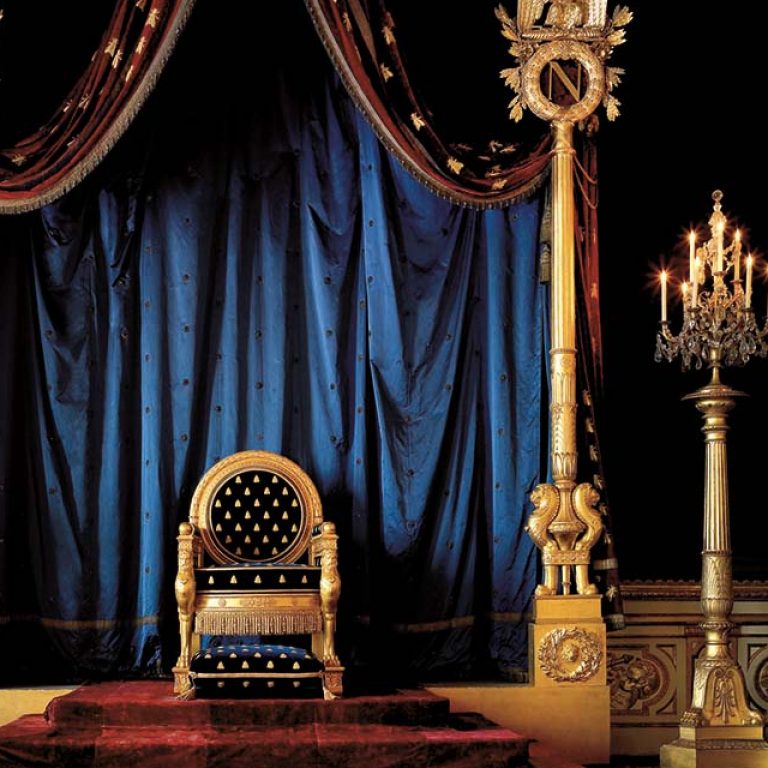 Between 26 October and 14 November 1809, the Emperor walled up the passage between his small apartment on the ground floor and Josephine's apartment, prior to announcing his official divorce at the Tuileries Palace. The following year, when he visited between 25 September and 16 November 1810, the new Empress Marie-Louise, great-niece of Marie Antoinette, first discovered the castle. Her pregnancy was solemnly announced in the throne room. 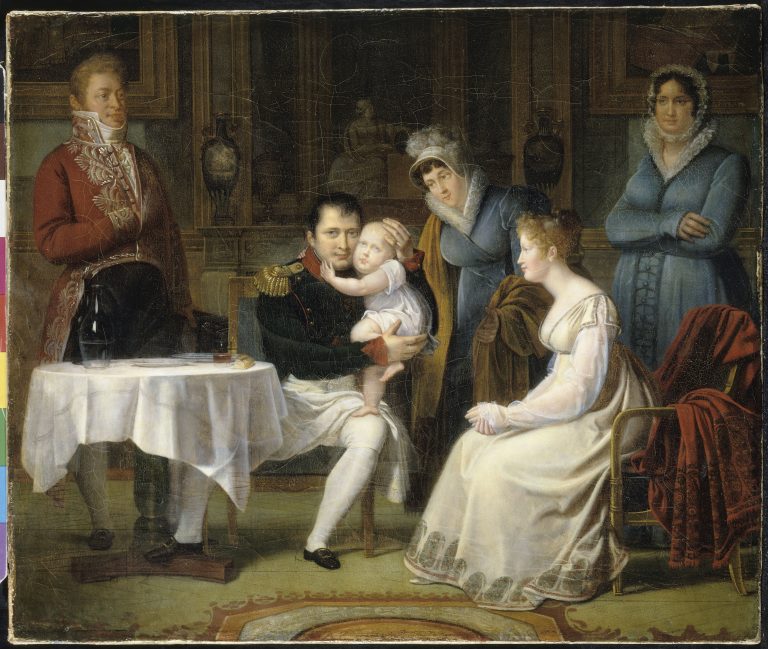 1814, the collapse of the First Empire at Fontainebleau

While Pope Pius VII was arrested and his lands seized, from 19 June 1812 the Pontiff was held captive at Fontainebleau, in the former Queen-Mothers’ apartment (now the Pope's apartment).

On 19 January 1813 the unexpected arrival of the Emperor and Empress on their way back from hunting at Grosbois brought matters to a head. On 25 January the Emperor secured a concordat from Pius VII, a "series of articles to serve as a basis for a definitive arrangement" between the two rulers. Pius VII was only released from his golden jail at château de Fontainebleau the following year, on 23 January 1814, when France was invaded by the Allied Powers, and the Empire was being shaken to its core…

During this terrible French Campaign, Napoleon held out against the allies but was ultimately outnumbered. On 30 March Paris capitulated. Hearing the news on 31 March, Napoleon fled to Fontainebleau. The old historic house would serve as the stage for the fall of his regime.

On 2 April 1814, the Senate voted to depose Napoleon. On 4 April, confined in his apartment in Fontainebleau, Napoleon was forced to abdicate in favour of his son, the King of Rome. On 6 April, the Emperor abdicated for a second time, this time renouncing the throne once and for all for himself and his family. On the night of 12-13 April, having lost everything, he tried to poison himself in his room at Fontainebleau.

Forced to leave the "house of ages" for Elba, on 20 April, he made his famous farewell speech to his Old Guard. After a memorable descent of the Horseshoe staircase, the Emperor made a poignant speech to his soldiers in a courtyard of honour which would go down in history as the "courtyard of farewells".

Napoleon would only visit Fontainebleau once more, returning from Elba, during the Hundred Days: on 20 March 1815, he stopped there between 10am and 2pm, and took this memory with him to to St. Helena, in the form of a snuffbox featuring a view of the "true home of kings"… 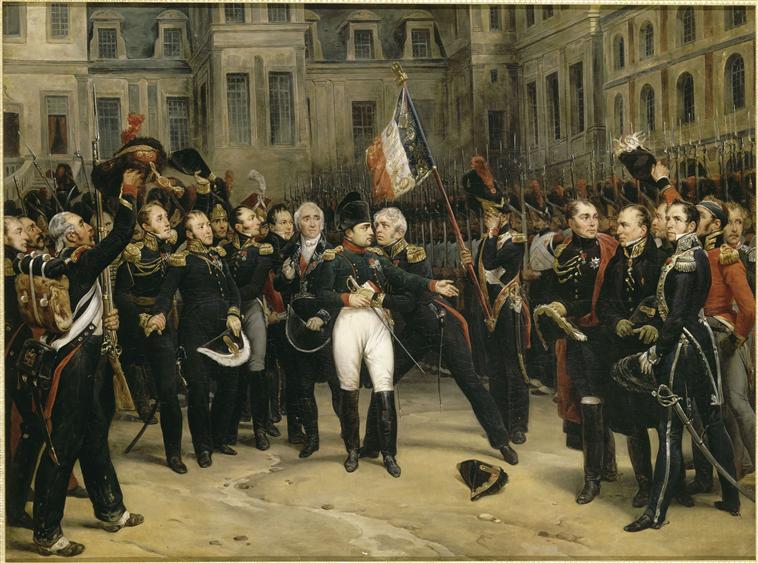