Help support the restoration of the royal hunting cartoons of Jean-Baptiste Oudry, the “hunting painter!” 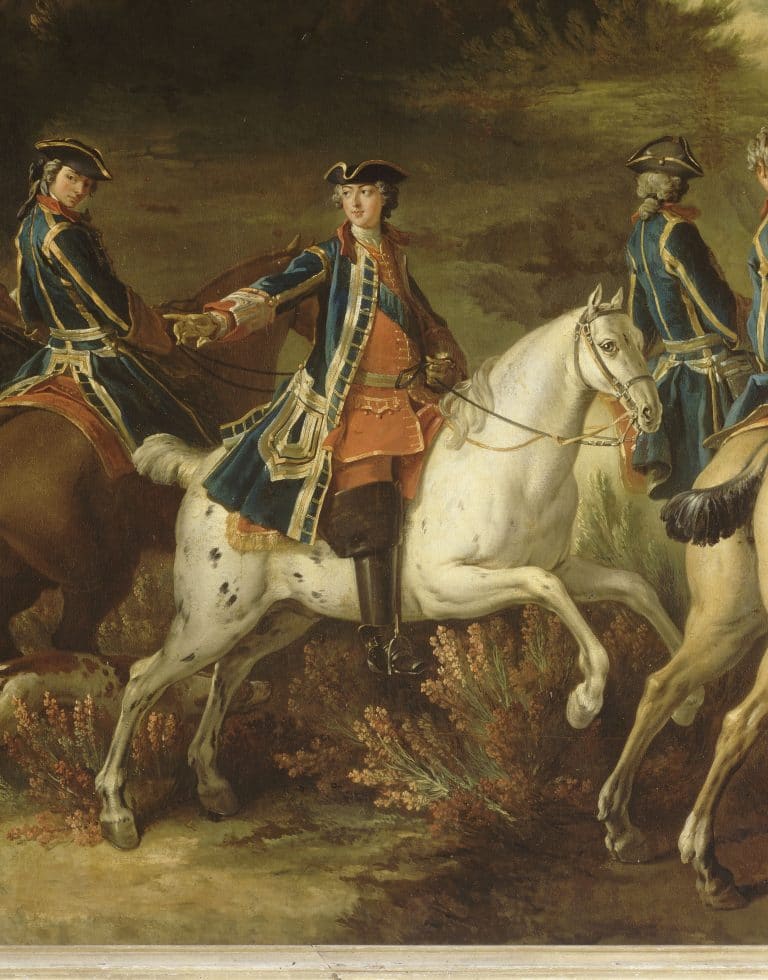 Regarded as a hunting lodge since the reign of the Capetian monarch King Louis VI, the Château de Fontainebleau has asserted itself over centuries and dynasties as one of the most important palaces for French kings, often great lovers of hunting.

After the Valois, the Bourbons inaugurated autumn stays in Fontainebleau, where they consistently engaged in hunting. It began with Louis XIV but occurred most frequently with his great-grandson Louis XV. The latter commissioned the painter Jean-Baptiste Oudry to produce hunting cartoons as well as a series of eleven portraits, most notably of Louis XV’s favorite dogs. He also painted scenes that were intended to be reproduced in tapestries by the Gobelins Manufactory.

Out of the nine preparatory works for the tapestries, eight are currently kept in the so-called Hunting Apartment at the Château de Fontainebleau. The last one is in the holdings of the Louvre as its condition prevents it from being moved or hung.

The goal of this campaign is to restore these incredible hunting scenes, which are true witnesses of a central activity that marked the history of both the royal court and the Château de Fontainebleau. The objective is to be able to exhibit them, at first as part of an exhibition dedicated to Oudry in 2024 and, later, in a more sustainable way within the visit circuit of the castle.

From Sèvres to Fontainebleau

An exceptional collection of porcelain classified as a national treasure.