In the private world of the monarchs

Away from the grand state rooms on the first floor given over to public life, the monarchs created more intimate and comfortable spaces, reserved for the pleasures and entertainment of a select few. 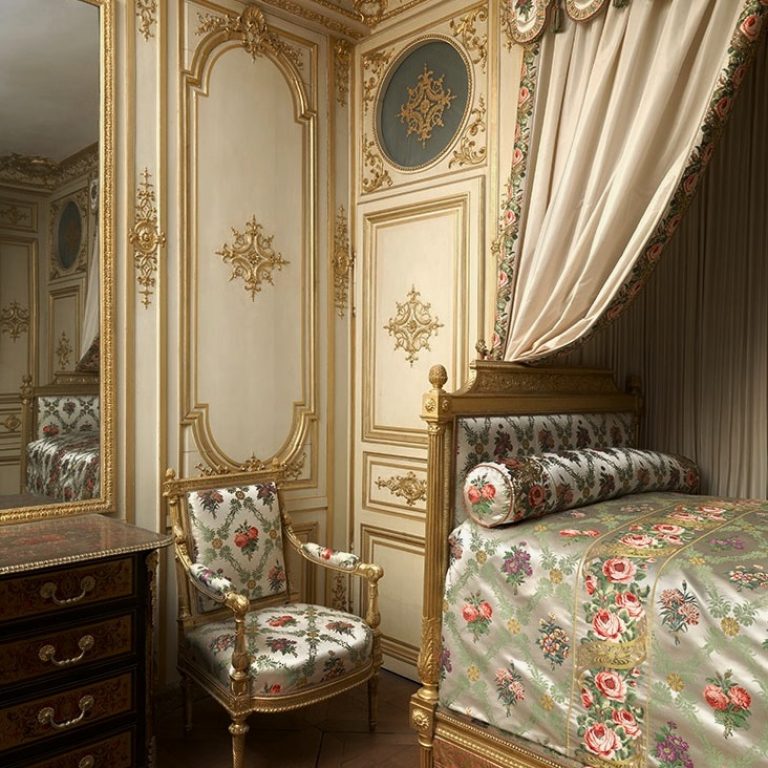 Situated on the first floor of the Porte Dorée, under the carved coffered ceiling of a Renaissance loggia, Madam de Maintenon’s apartment has kept this name in memory of the second wife of Louis XIV who lived there in 1686. Deprived of the title of Queen, Madame de Maintenon was nevertheless given an exceptional apartment, in close proximity to the king’s. Decorated with carved gilded panelling and mirrors, it is consists of an antechamber, a bedroom and a study. Serving as a reminder of the major political events that took place there under the reign of Louis XIV, the apartment was meticulously refurbished in the 19th century, to restore it “to its original state when Madame de Maintenon had lived there“. While the outcome of this refurbishment might seem fanciful to us to say the least, it demonstrates a remarkable attempt to make it look like it did in the past.

While the first floor of the château was entirely given over to the pomp and ceremony vital to the exercise of power, the ground floor was where the monarchs carried on with their daily life and even had some privacy. In contrast to the “Grands Appartements” on the first floor, the “Petits Appartements” reveal a different facet of the life of the monarchs. Dating from the reign of Louis XV, who installed a series of small rooms for his own private use, the Petits Appartements resulted from Napoleon I’s desire to refurbish these 24 rooms in their entirety, and create real “ordinary” apartments to include reception rooms, a bedroom, library and map room. A mahogany staircase and internal passages connect these rows of elegant and private rooms, where the monarchs had everything they needed, to the Grand Apartments on the first floor. 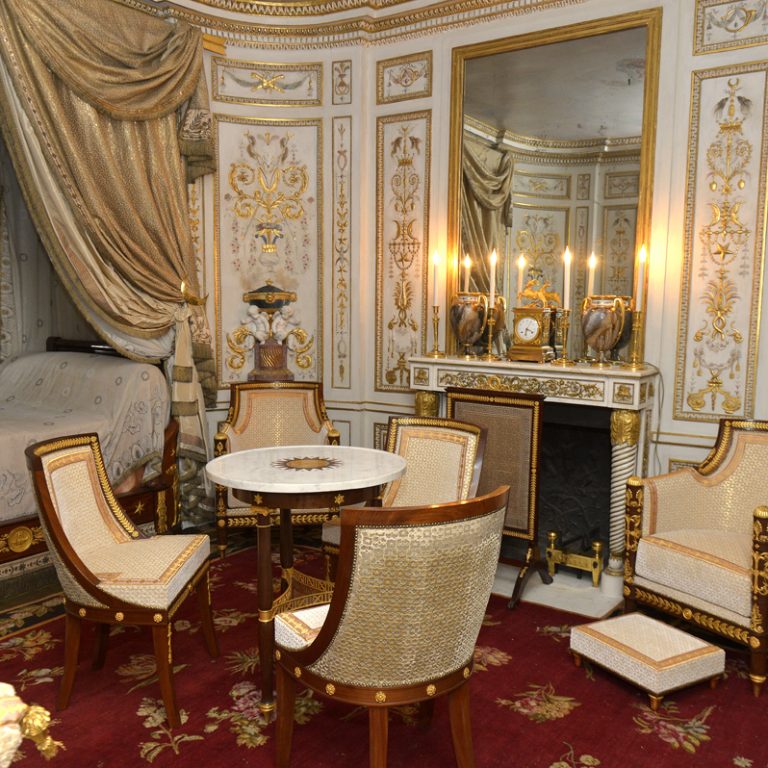 Even more secret than the Silver boudoir on the first floor, Marie Antoinette’s Turkish boudoir was a gift from Louis XVI to his wife. Situated above the ceremonial bedchamber, it is an elegant place where the queen could withdraw and “bouder” or sulk about oppressive court life. Its décor is inspired by a taste for exoticism and a fascination with the East. It features “Turkish” ornamentation such as turbans, cassolettes, incense burners, strings of pearls, crescent moons and ears of corn. Its 18th century furniture vanished during the Revolution. Redesigned by Empress Josephine in the early 19th century, it was refurbished as a small bedroom in an extension of the oriental themed imaginary on the walls.

Famous and priceless in equal measure, the Chinese drawing rooms and museum, refurbished for Eugenie in 1863, house exceptional collections from the Far East displayed by the Empress. Some of these treasures come from the Imperial depository, some were bought by Napoleon III and Eugenie and others are from the sacking of the Summer Palace in Peking by the Franco-British expeditionary force in 1860. Diplomatic gifts from the Embassy of Siam, received by the Emperor and the Empress in the Ballroom at Fontainebleau in 1861, were also added to this profusion of unusual and curious porcelain, jade and Buddhist ritual objects. Adjacent to a drawing room in which Eugenie gathered an intimate coterie for their amusement, they are like a unique and remarkable stage set, making this “Chinese Museum” the last cabinet of curiosities in the history of the château.

The new auditorium for the theatre commissioned by the Emperor from the architect Hector Lefuel was inaugurated in 1857. This was very timely, because the old Belle-Cheminée room had burned down during the work on the new theatre. Inspired by Queen Marie-Antoinette’s small Trianon theatre, this last example of a court theatre in the history of France – masterfully restored in 2019 – was housed in a building dating back to Louis XV designed by Gabriel. The gold silk upholstery, adding lustre to the galleries where the court was comfortably entertained, makes it one of the most impressive rooms in the palace.