The King of France was coronated in Reims at the beginning of his reign, and acted as God’s lieutenant on earth pledging to defend the Catholic faith. Kings also has to attend daily religious services. The royal chapels serve the Château de Fontainebleau. They were rebuilt by François Ist based on the Palatine Chapel model. With two superimposed levels, the first floor was reserved for the a king “ representing the divine majesty “ (Bossuet). 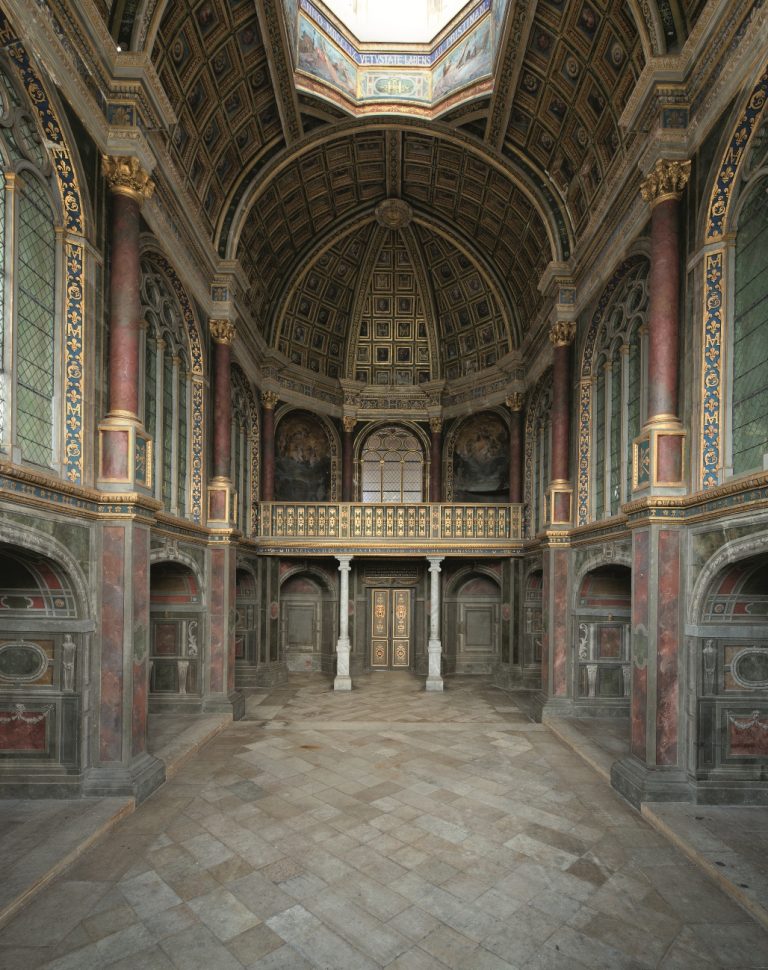 The oldest royal chapel at the Château de Fontainebleau is the Oval Courtyard, which is also known as Saint Saturnin.. It is a double chapel, rebuilt on two superimposed levels from the reign of Francis Ist: on the ground floor, a lower chapel is dedicated to the servants. On the first floor and on the same level as the apartments, an upper chapel is reserved for the King and his family
The upper chapel, is a Renaissance oratory visible from the path that until the 17th century housed the famous Grande Sainte Famille of Raphaël. Designed to be illuminated as much as possible, it has a coffered vault and lights that shine right into centre of the sanctuary. After an admirable design by Philibert Delorme and a marble organ, it was eventually incorporated into the Ballroom and Tiber Hall. As its dimensions meant that it could not accommodate large crowds at parties so a second chapel was necessary. Slightly unusual for a Trinity Chapel, it shockingly became Napoléon Ist’slibrary in the 19th century, .

The Royal Chapel of the Trinity

In the reign of François Ist, the church of the former convent of Trinitaires was rebuilt and connected to the via the Gallery François Ist wing. It was not until the reign of ’Henri IV that it got its vault we see today. The Spanish ambassador had remarked to the king that his residence at Fontainebleau “ would be very beautiful if it housed God as well as His Majesty “.
To house God in dignity, the management of the interior was entrusted to painter Martin Fréminet, who endowed the vault with a series of rich segments framed by thick stucco mouldings. Its exceptional decor is characteristic of what would later be called the second school of Fontainebleau dedicated to religious salvation.. It pre-dated the Baroque style and would not be finished until the reign of Louis XIII in 1633. This impressive royal chapel, celebrated the marriage of Louis XV to Marie Leczinska in September 1725 and Napoléon III was baptised on the knees of his uncle Napoléon Ier in 1810. It is dominated by a tribute dedicated to the king. 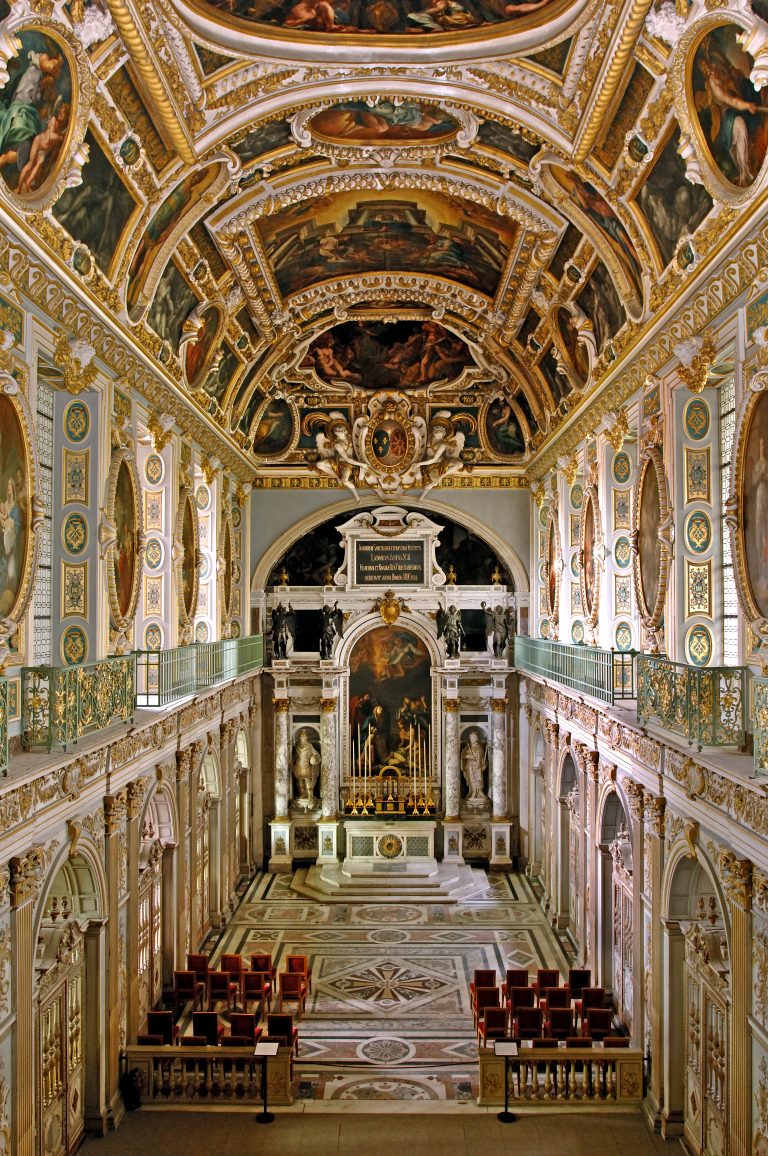