Fontainebleau owes much of its renown as one of the best royal abodes to the great artistic décors created at the request of François Ist, which each ruler up until the 19th century took great pains to carefully preserve. Three remarkable historical rooms, built as part of the king's apartment, make up the greatest decorative artefacts of the French Renaissance. The Italian artists were asked by François Ist to demonstrate these principles. 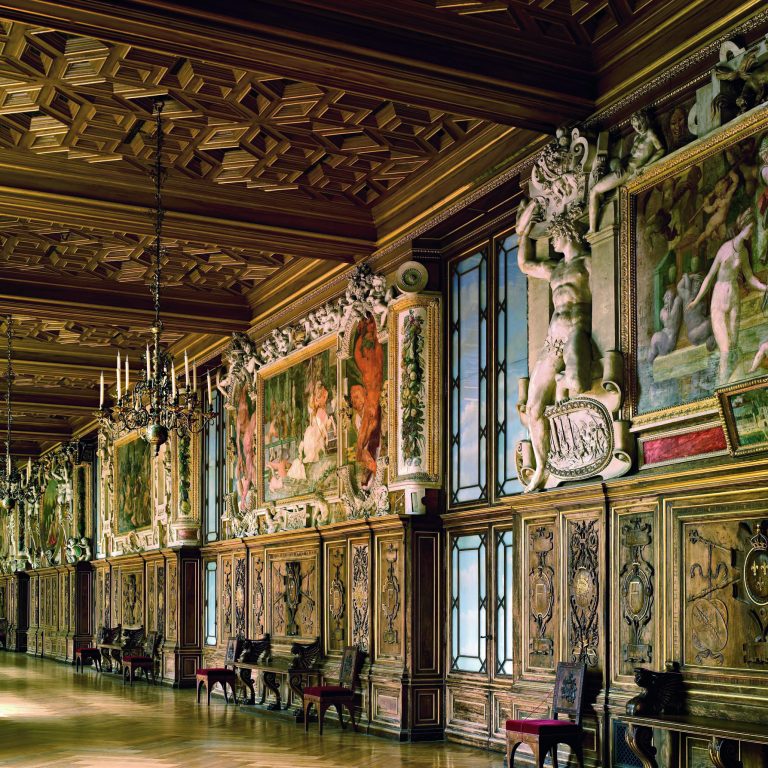 Located on the first floor of a building linking the keep’s dwelling to the chapel of the convent of the Trinitaires, the François Ist Gallery is the most emblematic Renaissance room at the Château de Fontainebleau. A gallery of this magnitude was created for the first time in France that combined an extraordinary abundance of carved wood panelling, Putti, fruits and stucco blocks with rolled leather motifs that form an ample frame around painting frescoed segments.
It was the Florentine painter Rosso Fiorentino who designed this decor in the 1530’s which was unlike anything that had gone before and nothing could rival it after. It conjured up both allegories from ancient historical texts and mythology.
This gallery held its first private function, and the King François Ist kept the key worn around his neck and it gave him access directly from his room.
The Manifesto of the French Renaissance was where the Mannerist methods that would later become the school of Fontainebleau were first conceived. The Gallery only became a public place with the move of the King’s room at the end of I6th century.

The Bedroom of The Duchess d'Étampes

Favourite of François Ist, Anne de Pisseleu, Duchess ofÉtampes, benefited from a room located immediately next to the king. “ The most beautiful among the learned “ was also bestowed an exceptional interior thanks to Primatice who between 1541 and 1544 created the precious long and elegant stucco effigies which harmoniously intersperse the fresco paintings narrating the loves of Alexander the Great.
The decoration was later completed by Nicollo dell’Abbate. Converted into the King's Staircase in 1748-1749 by Louis XV, part of the wall decoration was then preserved before being restored and enhanced under Louis-Philippe. It has a neo-Renaissance corbel vault decorated with segmented relief elements of garlands of fruit and masks loosely inspired by the François Ist Gallery. 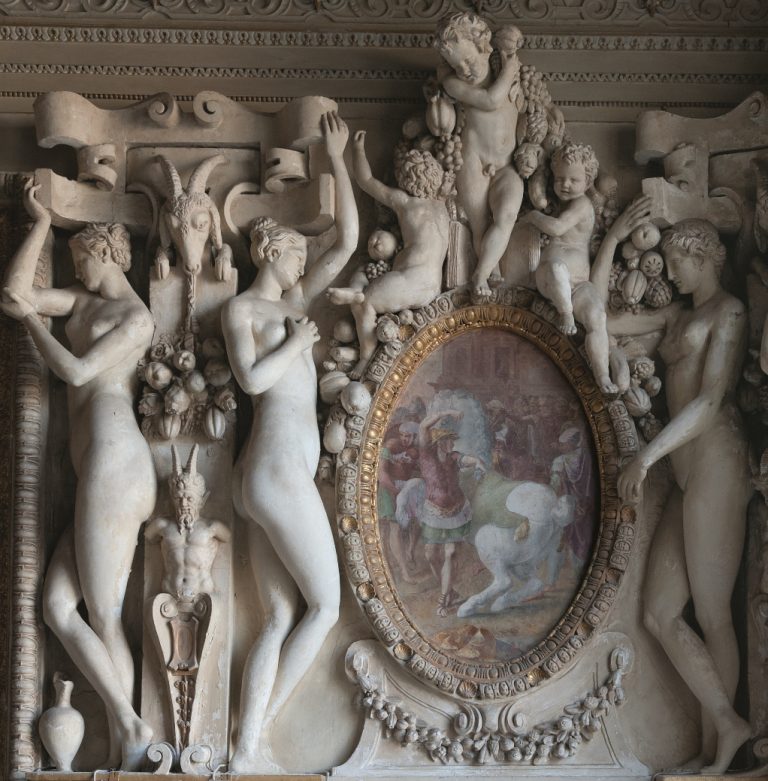 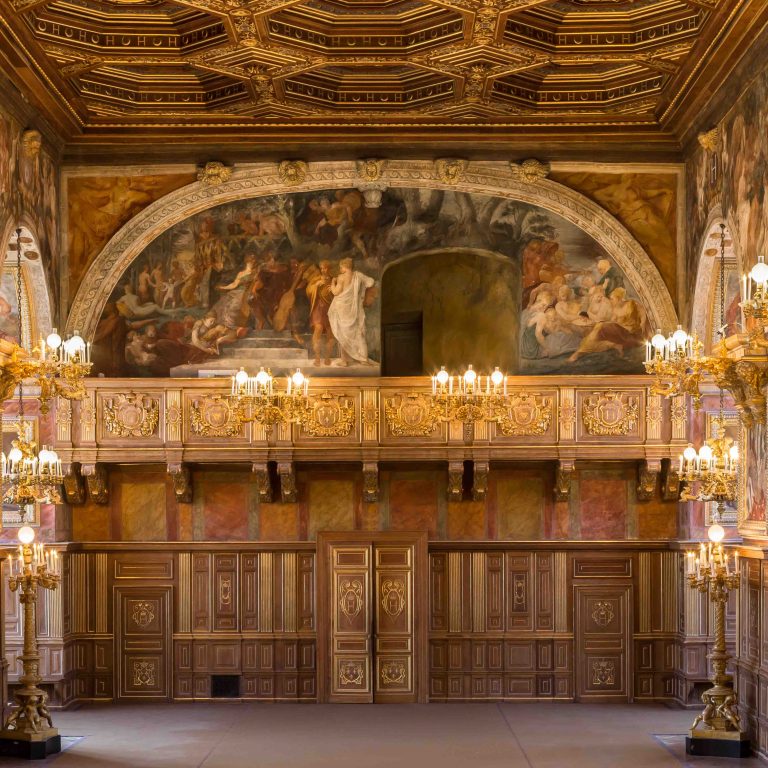 This sumptuous ballroom located between the Oval Court and the gardens, features pillars wrapped in oak panelling with fluted pilaster columns and is one of the most remarkable rooms in the Château de Fontainebleau.
Decorated in the 16th century in the reign of Henri II, it gave the palace an all-weather, resplendent hall that was dedicated to the festivities of the Valois court. The rich coffered ceiling is covered with moon emblems and the king's motto. As for the myths in the paintings, they were frescoed by Nicolo dell’Abbate under the direction of Primatice. Its gilded bronze lamps and chandeliers were made to illuminate its rare interior that Ingres described as “ The French Vatican “in 1837 in the reign of Louis-Philippe.