Napoleon I breathed new life in Fontainebleau after the Revolution. Visiting the chateau he restored, furnished and inhabited, you uncover the statesman, the military leader, the family man and the patron of arts. 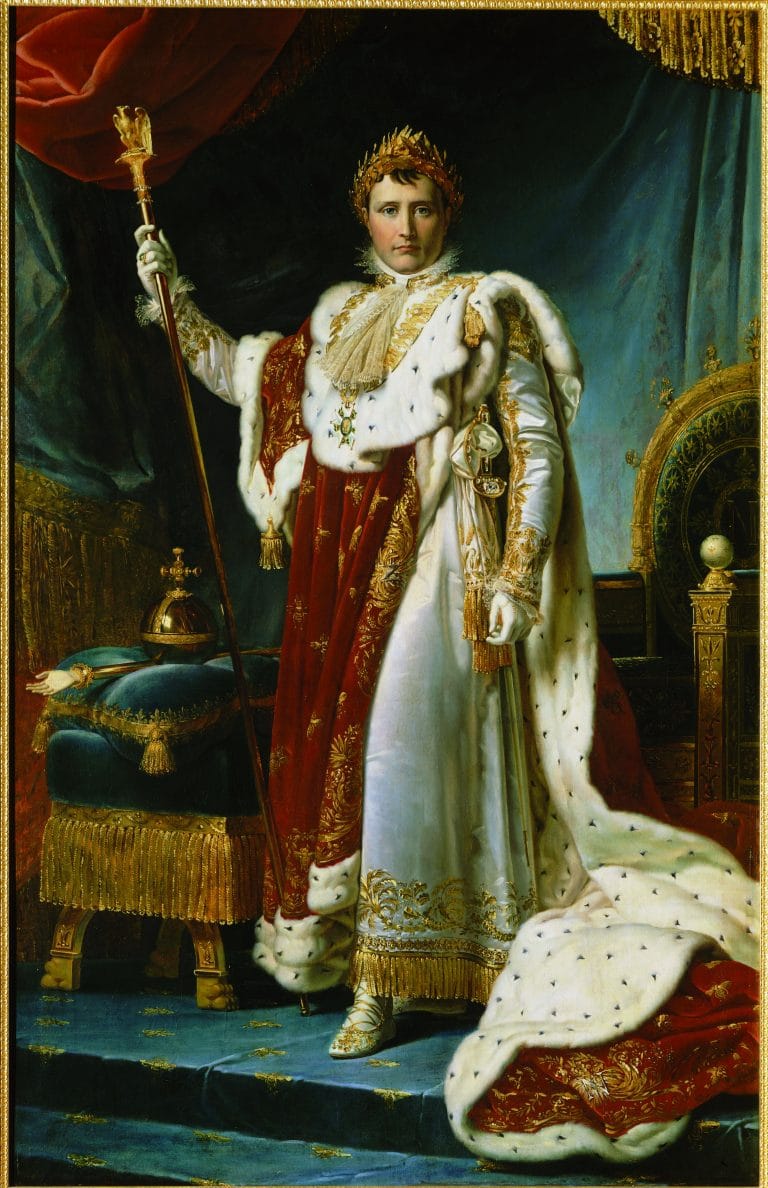 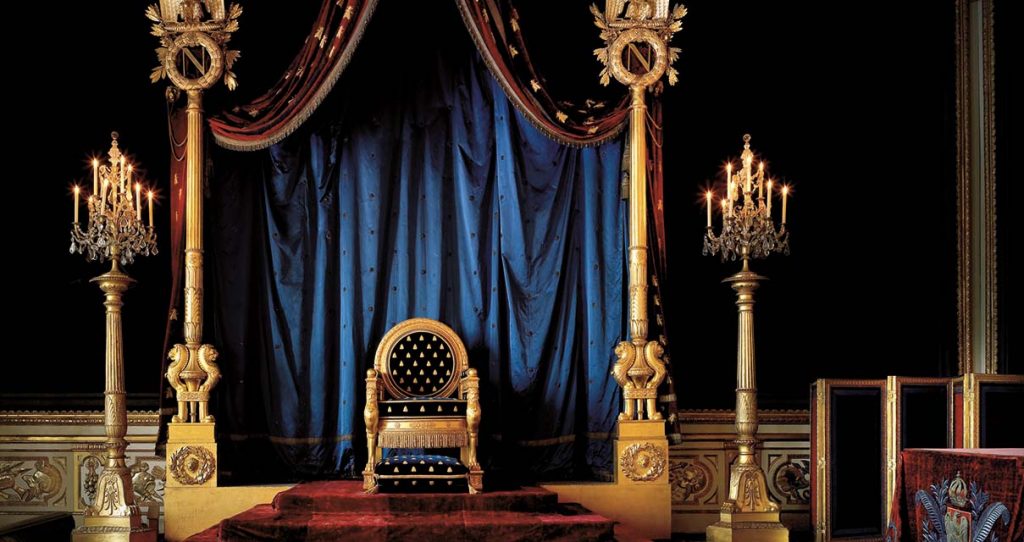 Just before his coronation in 1804, Napoleon Bonaparte decided to make the Château de Fontainebleau one of his residences. He then ordered the renovation of the palace to host Pope Pius VII who came for his coronation – the chateau was refurnished in only nineteen days. He will continue to develop this jewel in the State’s crown until the end of his reign.

The former artillery lieutenant had reached the height of his power and wanted to follow in the footsteps of the monarchs who came before him by setting up residence at Fontainebleau. He viewed this immense residence as a key location to establish his legitimacy. He redesigned the gardens, luxuriously rearranged the Grand Appartements and restored customs that ruled life under the monarchy. The former King’s Bedroom became the Throne Room and from then on Imperial symbols and monarchist emblems existed side by side.

In the Petits Appartements, on the ground floor, the private life of the Emperor and his two successive wives is revealed. Josephine could not give him an heir and an inevitable separation followed. Marie-Louise would then take her place and fall pregnant with the future king of Rome. But Napoleon, the tireless worker, is also well present at Fontainebleau. Presiding over the Empire kept, Napoleon I was so busy that he had a bed installed in his study. In the living room next door, he signed his abdication in April 1814 before giving his famous Farewell to the Old Guard at the foot of the Horseshoe Staircase.

Today, a museum dedicated to Napoleon I is housed at Fontainebleau. There are showcased interesting artefacts and notes such as the coronation sword and the tunic, the Emperor’s famous bicorn hat, his country furniture and the King of Rome’s cradle. Room after room, portraits, busts and artworks representing his family members, dignitaries and officers of the Empire are displayed. The many people whom Napoleon put on the throne of European kingdoms and entrusted with the administration of these countries. There are more than 700 works in total and most of them were commissioned to serve the Emperor’s political aims by narrating the dazzling Napoleonic epic.