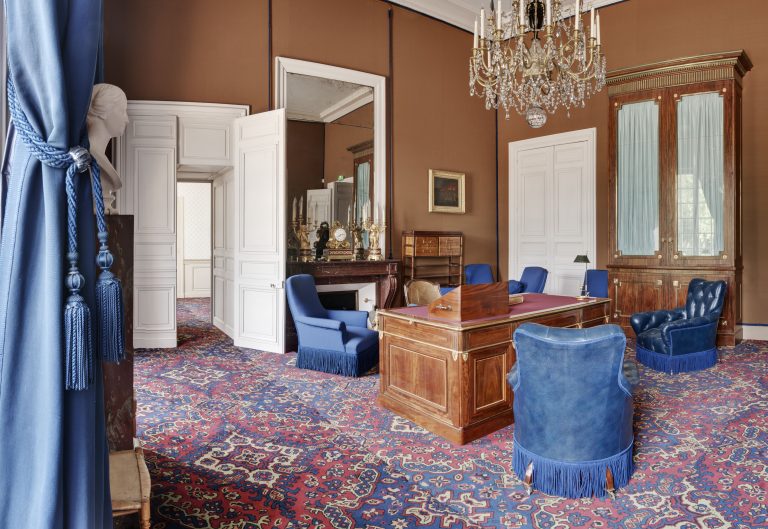 Built in 1864, on the ground floor of the intermediate pavilion built under Louis XV to connect the Gros Pavillon and the Louis XV wing, the “new working cabinet of His Majesty” follows the salons and the Chinese Museum of the Empress Eugenie, inaugurated in 1863. Its installation confirmed the relocation of the sovereigns’ living quarters to this area of the castle full of amenities because of its south-facing orientation, its view of the pond and its direct opening onto the English garden. This “new study” was used by Napoleon III from 1864 until his last stay in Fontainebleau in 1868 and was a privileged place for him to work.

After the fall of the Second Empire, the study was transformed into a dining room for the presidents of the Republic. From the 1920s onwards, American art schools occupied the premises, before the director of INSEAD set up his office there for a few years.

Like the salons and the Chinese Museum of the Empress in the years 1990-91, Napoleon III’s study and its annexes were restored to their pre-1870 state. 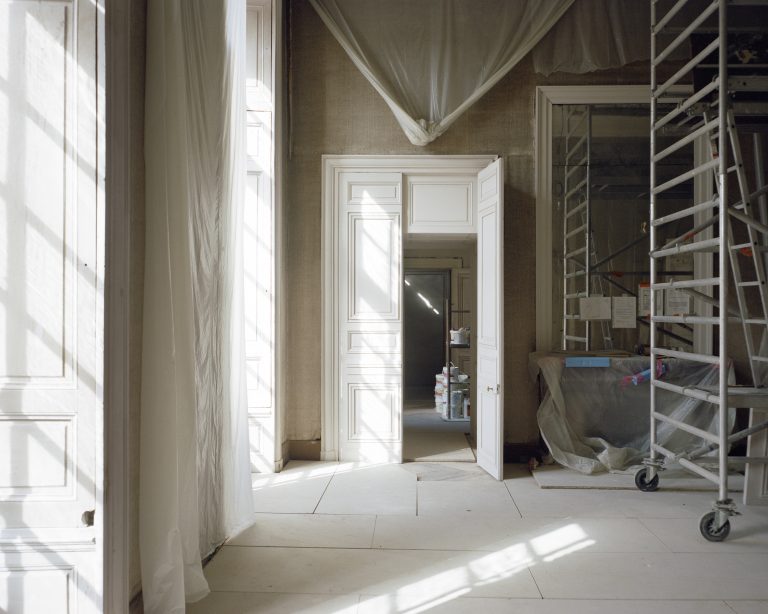 Discover the other realized projects...